Blog - Latest News
You are here: Home1 / How Technology is Playing a Larger Role in the Modern Family 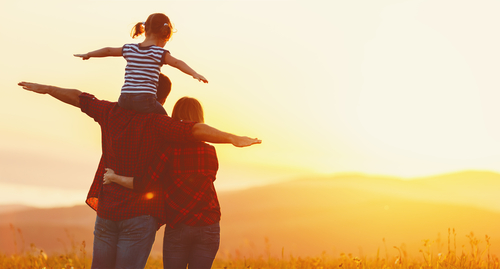 Picture this. A family of four is seated at the dinner table. The mother is scrolling through her Facebook feed on her phone. The father is checking out the latest sports updates on his tablet. Each of the two kids is on their respective phones, one checking social media while the other is playing a game. There are many things that occur within a family that we encounter in family therapy.

Unfortunately, this is a typical scenario in many homes today. Families these days may live in the same house but barely communicate with one another. People are also increasingly interacting with their friends over technological platforms rather than in person.

Is it a problem? Without question. Even the World Health Organization has included “gaming disorder” in their disease classification manual. Many would argue that certain conditions need to be met for gaming to truly be considered a disorder. But the fact that a growing number of teenagers aren’t doing well in their personal lives due to these games is alarming.

A great number of teens, as well as adults, spend more time interacting with electronic devices than spending with people. A survey of 17- to 18-year olds shows that they do not get together with friends as much anymore.

Lack of sleep is also another problem that accompany this with teenagers. Some may argue that the kids are on their devices doing school-related activities, but studies show that teens don’t really spend that much time doing their homework.

In other words, there has been a fundamental shift in the way teenagers are spending their time, and interacting socially. And it’s a change that can be traced to the emergence of electronic devices.

Many argue that this shift might just be a natural way of people behaving in this modern digital age. However, reports of clinical level depression, self-harm, suicide attempts, and actual suicides increased after 2010. That was the year the iPad was introduced and the year when smartphones became common.

Teenagers who spend an unhealthy amount of time online are depressed, unhappy, and sleep deprived. Those who spend five or more hours online are also 71% more likely to have at least one suicide risk factor than those who just spend an hour online. And lengthy hours spent online is an issue in teens regardless of country, race, gender, ethnicity, or social class.

Even those who don’t overuse screen devices are affected by them. Conversations often can’t be had around lunch time because one person is busy scrolling through their Twitter timeline. It doesn’t take long for phones and gadgets to be whipped out at family gatherings.

Since these technologies are not going anywhere, steps must be taken to use them mindfully. Family therapy can provide solutions if attempts at intervention fail. Engaging in family therapy can allow parents and teens to discuss and confront the issues brought into their lives by technology.

Technology is useful, but it must be used wisely. And if things are already getting out of hand, don’t be afraid to ask for help.

Want to join the discussion?
Feel free to contribute!

Quick Tips for Treatment of Adult ADHD
Scroll to top